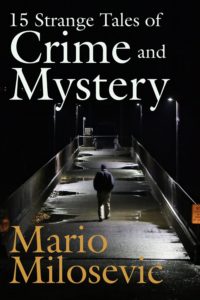 15 Strange Tales of Crime and Mystery

Crime knows no bounds. Past, future, present, all host wrongdoers of every stripe.

Mario Milosevic spins 15 yarns of crimes dire and humorous, cosmic and ordinary. Imagine the moon stolen—in three different ways. Consider the nice old man in the assisted living facility who harbors a cruel secret. Then tumble back through time as an aging warrior confronts visitors with a menacing intent. Cross the centuries to a future of evildoers aboard a starship bound for the end of the universe. Watch as a visitor from beyond the grave works his dark magic on an unsuspecting victim.

All this and more in a collection exploring the frightening and endlessly inventive ways humans find to do each other wrong. 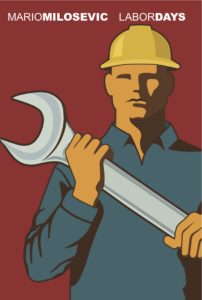 Here are 100 sharp tales of employment—each exactly 100 words long. Sometimes shocking, sometimes poignant, but always enlightening and entertaining, these narratives bare the souls of laborers doing what they have to do to make a living. 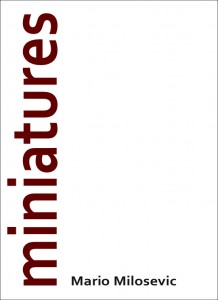 Legend has it that Ernest Hemingway bet his fellow writers at the Algonquin Round Table that he could write a complete short story in six words. The other writers ponied up ten bucks each, and Papa claimed the pot with possibly the saddest six words ever written: “For sale: baby shoes. Never worn.”

In this collection, I offer 41 of my own very short stories. Some of these have appeared in magazines, anthologies, and websites like F&SF, Asimov’s, annalemma.com, Poe Little Thing, dailysciencefiction.com, and Bewere the Night. Others are exclusive to this volume. I’ve also included a few Conditional Reality posts and some episodes from Terrastina and Mazolli. They seem right at home in this collection. Not all of the pieces in Miniatures are super short, but none are longer than 2500 words, and a couple of them are exactly 50 words long. I suppose it might be the poet in me that likes these compressed narratives. It’s fun to distill the essence of a story into its essential ingredients. 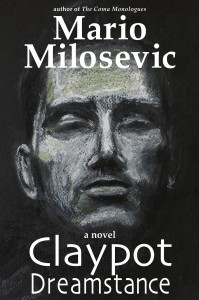 Claypot Dreamstance has a beef with the universe. Once a well-liked artist with a charmed existence, Claypot’s life cracks wide open when his young daughter dies in a drowning accident. Crippled by depression and grief, reckless, belligerent, and anti-social, he splits with his wife and spends his days executing chalk trompe l’oeil drawings on the sidewalks of his native Portland, Oregon, reaching for some meaning and beauty from out of the earth. He shuns his former associates and moves into a tent in Forest Park. He mooches cigarettes and art supplies from hapless admirers of his exquisitely made pictures, and nothing assuages his anger at the universe for taking his daughter away from him. He spirals into a fantasy land of false hope in which he believes he can pull his daughter back from death through one of his life-like trompe l’oeils. Claypot lives on the verge of madness, savagely rebuking anyone who even suggests his quest may be futile. Then one couple takes up the challenge of showing Claypot the beauty still in the world. Will Claypot listen, or will he stubbornly deploy his considerable gifts in a self-destructive orchestration of his own oblivion? 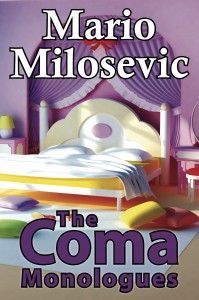 Gary Hawken—husband, father, civil engineer, and accomplished nerd—enjoys a good life with his family in suburban Toronto. Then a crow distracts him at a traffic signal and a truck slams into his car, knocking him into a coma. Doctors doubt he will ever regain consciousness, but Gary’s wife, Melody—English professor and determined mate—undertakes his resurrection by saturating his brain with the voices of storytellers from his past. Old friends, family members, half-forgotten teachers, mythical creatures, dead heroes, and even a few fictional characters stop by Gary’s bedside to tell the tales that will tantalize him out of his vegetative state back to the world. Is the universe made of stories? Melody believes we’re all nothing but stories and she stakes her husband’s life on that ancient promise. 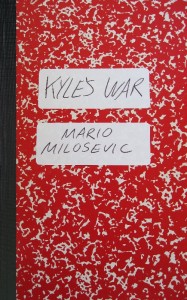 Kyle lives a typical teen’s life in Cedar Falls, Washington, with his Canadian expatriate parents who commit their lives to free expression. After Kyle’s parents display paintings at their art gallery that depict the president as a terrorist and mass murderer, the feds shut down the gallery and brutally arrest Kyle’s parents for subversive activities. Kyle’s life spins out of control. How will he survive without his parents? He tracks his days in various notebooks, grasping for some way to understand his crumbling world.  Meanwhile, the president lowers the draft age to sixteen. Teens all over the country will soon be dodging bullets in the Middle East where Chinese and American soldiers regularly exchange shots and mortar fire in skirmishes over the region’s natural resources. Kyle needs to learn to fight and defend himself or he will die. He receives a smuggled message from his mother instructing him to go to Canada. A secret network helps him escape to Canada where he soon discovers his own family harbors a horrific and violent secret that will make Kyle question everything he thought he knew about loyalty, war, love, and peace.

The Doctor and the Clown

An ice storm. Two passengers stranded on a bus: a doctor who lost his passion for medicine long ago and a clown who no longer cares about being funny. The storm lasts well past the midnight hour. The world may choose this night to come to its end.

Available in these formats:

“In morning light, my heart’s delight, is slinking in and inking skin.” Firefly, one of the river people,lives by this ancient song. She yearns to be aninker and tattoo giants, just like her mother. Butone morning a rogue giant kidnaps her motherand takes her up to the plateau, a dangerous placefor all river people. Firefly attempts to rescue hermother, putting her own life in peril. To add to herproblems, the dam that keeps her world safe beginsto crumble and the giants must scramble to repairit, putting Firefly in even greater peril. Then she learns her mother harbors a secret that calls into question everything Firefly ever believed about herpeople, her family, and herself. From stampeding giants to flooding waters andburning mountains, Firefly copes with adventureand danger as her home and everything she knowsand loves collapses. She must find the courage tosurvive in a new world built on the destruction ofthe old. Available in these formats: Print • kindle • nook • smashwords

Originally serialized online, Terrastina and Mazolli chronicles a year in the life of a free-spirited couple, their five-year-old twin daughters, and the odd and charming members of the small Northwest town where they make their home and operate The Brew, a coffee shop and popular local hangout. Terrastina is an artist juggling her creative aspirations with making a living and providing for her children. Mazolli adores Terrastina and his daughters and spends his time working or concocting schemes (that usually fail) for making some quick money. We follow Terrastina and Mazolli as they cope with their growing and energetic children and work hard to keep their business afloat. Then, in a risky move opposed by most of their customers, they decide to transform The Brew into The Gallery, where Terrastina can sell her art. This is a warm and quirky tale, told in 398 99-word episodes. The print edition has bonus features, including an interview with me and an episode commentary, just like on DVDs! Available at Amazon.com. Just click on the title above. Available in these formats: print • kindle • nook • smashwords

Love is that sobering and paradoxical state of being in which one’s own happiness depends upon the welfare of another. My third volume of poetry examines love in its many guises: familial, romantic, and Platonic. This is probably the most personal of all my books. I write of my eternal and sustaining love for Kim. I have a poem about the fierce and caring love of my mother for me. I write of the occasional failures of love: the time my father came looking for me, for a connection, and I did not know how to approach him. We are born craving love, but we have to learn to give love, and sometimes the lessons are difficult to assimilate. The book is presented in three section: “Preliminary Observations,” “Field Work,” and “Practical Application.” These are the three stages of learning to love. As young people we see others and how they love, but do not understand. As we grow older, we begin to see how love is a force of nature. Finally, if we have been paying attention, we are ready to love others truly and well. Available in these formats: print • kindle • nook • smashwords

Barbie’s retirement. A weeping Bigfoot. Gambling fairies. Love sick giants. All this and more in a book of poems exploring the fantastic side of life. This is where I let my imagination really run free. Unhindered by conventional notions of reality (whatever that means) I write poems about monogamous house keys, the moon in my living room, and the secret lives of telephones. They have them, you know. When you’re not looking, they laugh at you. But don’t worry, they aren’t nasty or dangerous or anything like that. They’re just kind of melancholy with the weight of all the words they have to carry around, and they need some humor to relieve their heavy hearts. Read more about it in this volume, along with ghost stories, angels, a cosmic glutton, Pegasus, Albert Einstein, and Ray Harryhausen. Really. Available in these formats: print • kindle • nook • smashwords

I wanted to put together a book of my poems and started going through the ones I had written up to then, looking for good ones that would go together. It didn’t take long to see that I had many many poems about animals. I had no idea this was such an important theme for me, but I didn’t fight it. I came up with the title almost immediately after seeing the theme pop out at me. I could have made the book twice as big, with a lot more animal poems, but chose to include only the very best ones I had. This collection contains “When I Was,” my most popular and often requested poem. People use it for religious rituals and it was dramatised on NPR’s To the Best of Our Knowledge, which was a real kick for me. I drew the cover image myself, mimicking the look of the native petroglyphs gracing many of the rocks in the Columbia River Gorge. Available in these formats: print • kindle • nook • smashwords